Your private guide will meet you at Istanbul port or your hotel, anytime you want . The only city in the world located on two continents is Istanbul, which has been the capital of three great empires - Roman, Byzantine and Ottoman - for more than 2000 years. Our tour starts with Hippodrome Square where used to take place for chariot races and the Byzantine riots during Roman & Byzantine period. Only a short walk away, reaches Hagia Sophia built in 532 AD by Roman Emperor Justinian I. and Blue Mosque, has its fame from its beautiful blue Iznik tiles. After that, we will visit Grand Bazaar where is one of the largest and oldest covered markets in the world, with more than 58 covered streets and over 1,200 shops which attract between 250,000 and 400,000 visitors daily. Opened in 1461, it is well known for its jewelry, pottery, spice, and carpet shops. Drive back to the port. The end of our services. 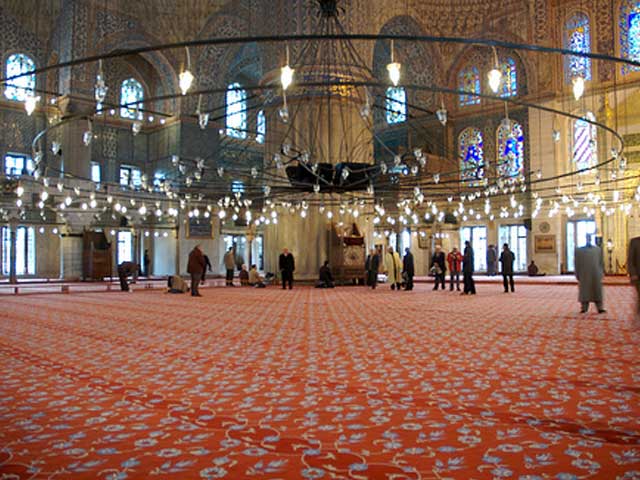 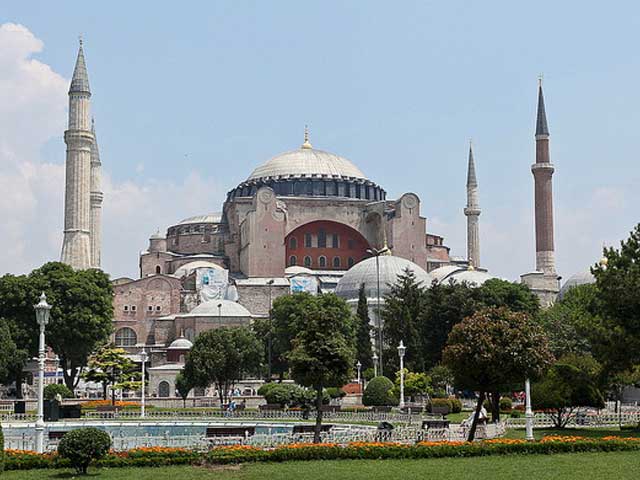 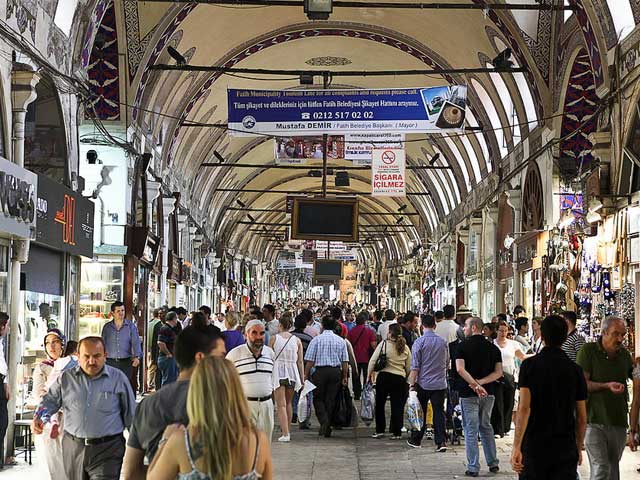 • Minimum required time for this tour is 5 hours.
• Topkapi Palace is closed on Tuesdays; Grand Bazaar on Sundays & Turkish public and religious holidays; Jewish museum and Synagogues on Saturdays and during Jewish holidays.
• On these specific days they'll be substituted with other museums/sites depending on the convenience of the program and schedule. Order of the visits may be changed for the convenience of the tour.

Best of Istanbul (2 Half Days)

Hippodrome was a circus that was the sporting and social centre of Constantinople, capital of the Byzantine Empire. Today it is a square named Sultanahmet Meydanı (Sultan Ahmet Square) with only a few fragments of the original structure surviving. It is sometimes also called Atmeydanı (Horse Square) in Turkish.

The word hippodrome comes from the Greek hippos , horse, and dromos , path or way. This used to be the place where chariots and horses were racing during Byzantian era and later during Ottoman era Cirit (an ancient Turkish game played with horses) was played in this area. There are 4 interesting spots to check in Hippodrome. The first one is the German Fountain with beautiful details. The second one is the obelisk from Egypy. The third one is the Serpents Column and the last one is Walled Obelisk. While visiting the main attractions suh as Topkapi Palace, Hagia Sophia or Blue Mosque, you can give a break to see the Hippodrome.

Blue Mosque, also known as 'Sultan Ahmet Mosque' by local people, was built by Sultan Ahmet in 1609 and completed in 7 years, although foreigners have taken to calling it the Blue Mosque ' because of the beautiful blue Iznik tiles decorating the interior. The sultan choose his royal architect Sedefhar Mehmet Ağa , who was a senior assistant of the famous architect Sinan , to design the building.

Sultan Ahmet I wished to build an Islamic place of worship that would be even better than the Hagia Sophia, and the mosque named for him is the result. The two great architectural achievements now stand next to each other in Istanbul's main square, and it is up to visitors to decide which is more impressive.

It is not surprising that the design and organization of such great building was described in meticulous detail in eight volumes which now can be found in the library of Topkapı Palace . Among the other buildings of the complex , the mosque specially is without doubt one of the most wonderful monuments in the whole world . It is the only mosque that was originally built with six minarets and was included in the complex built by Sultan Ahmet I to compete with Hagia Sophia . It is also considered one of the last examples that exhibits classical Ottoman architecture.

Besides the religious subjects of the mosaics used to decorate the interior surfaces, the emperor was also used as a subject. One mosaic depicts the Virgin Mary with the emperors Justinian and Constantine sitting at her sides. Another mosaic shows Jesus sitting on a throne with the Emperor Leon 7 kneeling before him. Another mosaic is of Mary and John the Baptist imploring Jesus for mercy in the name of the people. All these mosaics bear traces of Hellenistic influences. There are also several mosaic "portraits" of other members of the imperial family. Portrait art was very advanced during the Byzantine period. The original mosaics of the church were severely damaged by the Iconoclasts, but new mosaics replaced the former in the 9th century after the period of Iconoclasm had disappeared. After Fatih captured the city this structure was used for worship by the Moslems.

From the date of its dedication in 360 until 1453, it served as the cathedral of Constantinople ( Istanbul ), except between 1204 and 1261, when it was converted to a Roman Catholic cathedral. Famous in particular for its massive dome, it is considered the epitome of Byzantine architecture and is said to have "changed the history of architecture. The current building was originally constructed as a church between 532 and 537 on the orders of the Byzantine Emperor Justinian and was the third Church of the Holy Wisdom to occupy the site, the previous two having both been destroyed by rioters. It was designed by Isidore of Miletus, a physicist, and Anthemius of Tralles, a mathematician.

In 1453, Constantinople was conquered by the Ottoman Turks under Sultan Mehmed II, who subsequently ordered the building converted into a mosque. The bells, altar, iconostasis, and sacrificial vessels were removed and many of the mosaics were plastered over. Islamic features ( such as the mihrab, minbar, and four minarets )were added while in the possession of the Ottomans.. In 1935 Hagia Sophia was converted into a museum, and it is now one of Turkey's most popular museums.

The Grand Bazaar ( Kapalıçarşı in Turkish, meaning Covered Bazaar) is one of the largest and oldest covered markets in the world, with more than 58 covered streets and over 1200 shops which attract between 250,000 and 400,000 visitors daily.

It looks like a labyrinth at first sight but it's actually not that complicated. All you have to do is to keep your eyes on the main street. The Bazaar was first constructed in 1464 with the order of Mehmed II 'the Conqueror' and had many restorations over the years due to the extensive fires and destructive earthquakes. There are tens of cafés, a police station, little mosques, in the bazaar tourists information points.

Inner Bedesten : It was the first building to rise in Kapalıçarşı, actually it is Old Bedesten which forms the backbone of the bazaar.

Sandal Bedesten : It is the one with most number of domes in Kapalıçarşı. At present it can be accessed through two gates, one is through Kapalıçarşı and the other is through Nuruosmaniye district.

Other Sections : The architectural design of roads making up other sections apart from two bedestens is not symmetrical and geometrical, it has a scattered nature due to reflect its formation and the catastrophes it has gone through. In this way, it stays away from the closed bazaar style of the West and has a character of an Eastern bazaar. This laid back settlement; this scattered nature prevents the bazaar from being dull and at the same time gives it a romantic flavor. Such a complicated structure and settlement not only maintains the monumental state of the bazaar, but also makes it a palace for shopping.

Hans : Four adjacent sides of Kapalıçarşı is surrounded by hans which are separate units by themselves. Today the hans which are directly connected to the bazaar, that is, which can be accessed through the bazaar and not through an outside entrance are : Astarcı Han, Büyük and Küçük Safran Hans, Evliya Han, Sarraf Han, Mercan Ağa Han, Zincirli Han, Varakçı Han, Rabia Han, Jewellers’ Hani Yarım Taş Han.