Your private guide will meet you at Istanbul port or your hotel anytime you want . The only city in the world located on two continents is Istanbul, which has been the capital of three great empires - Roman, Byzantine and Ottoman - for more than 2000 years. Our tour starts with Hippodrome Square where used to take place for chariot races and the Byzantine riots during Roman & Byzantine period. Only a short walk away, reaches Blue Mosque, has its fame from its beautiful blue Iznik tiles. We will continue walking to Topkapi Palace, was not only the residence of the Ottoman sultans, but also the administrative and educational center of the state. It was constructed between 1460 and 1478 by Sultan Mehmed II, the conqueror of Constantinople. We will visit the Topkapi Palace including treasury ,Chinese Porcelain, weapons section. Drive back to the port. The end of our services. 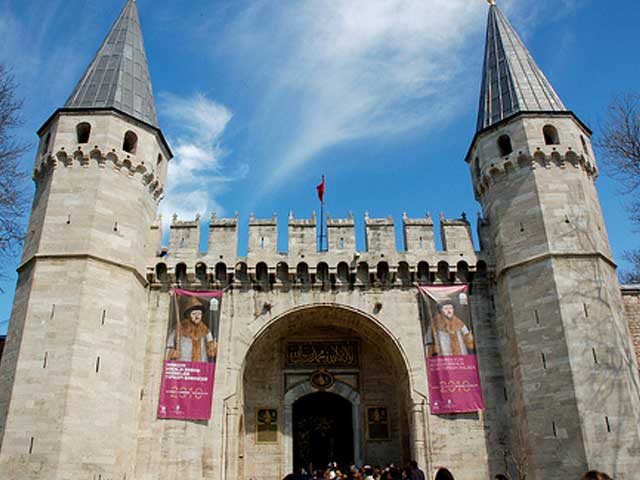 • Minimum required time for this tour is 4.5 hours.
• Topkapi Palace is closed on Tuesdays; Grand Bazaar on Sundays & Turkish public and religious holidays; Jewish museum and Synagogues on Saturdays and during Jewish holidays.
• On these specific days they'll be substituted with other museums/sites depending on the convenience of the program and schedule. Order of the visits may be changed for the convenience of the tour.

Best of Istanbul (2 Half Days)

Hippodrome was a circus that was the sporting and social centre of Constantinople, capital of the Byzantine Empire. Today it is a square named Sultanahmet Meydanı (Sultan Ahmet Square) with only a few fragments of the original structure surviving. It is sometimes also called Atmeydanı (Horse Square) in Turkish.

The word hippodrome comes from the Greek hippos , horse, and dromos , path or way. This used to be the place where chariots and horses were racing during Byzantian era and later during Ottoman era Cirit (an ancient Turkish game played with horses) was played in this area. There are 4 interesting spots to check in Hippodrome. The first one is the German Fountain with beautiful details. The second one is the obelisk from Egypy. The third one is the Serpents Column and the last one is Walled Obelisk. While visiting the main attractions suh as Topkapi Palace, Hagia Sophia or Blue Mosque, you can give a break to see the Hippodrome.

Blue Mosque, also known as 'Sultan Ahmet Mosque' by local people, was built by Sultan Ahmet in 1609 and completed in 7 years, although foreigners have taken to calling it the Blue Mosque ' because of the beautiful blue Iznik tiles decorating the interior. The sultan choose his royal architect Sedefhar Mehmet Ağa , who was a senior assistant of the famous architect Sinan , to design the building.

Sultan Ahmet I wished to build an Islamic place of worship that would be even better than the Hagia Sophia, and the mosque named for him is the result. The two great architectural achievements now stand next to each other in Istanbul's main square, and it is up to visitors to decide which is more impressive.

It is not surprising that the design and organization of such great building was described in meticulous detail in eight volumes which now can be found in the library of Topkapı Palace . Among the other buildings of the complex , the mosque specially is without doubt one of the most wonderful monuments in the whole world . It is the only mosque that was originally built with six minarets and was included in the complex built by Sultan Ahmet I to compete with Hagia Sophia . It is also considered one of the last examples that exhibits classical Ottoman architecture.

Topkapı Palace was the official and primary residence of the Ottoman Sultans for approximately 400 years (1465-1856) of their 624-year reign.

After the Conquest of Constantinople in 1453, Mehmet II ordered to built his palace in its present location on top of the ancient Byzantine ruins, meanwhile he spent some time during its construction at a smaller palace where there is the University of Istanbul today, in Bayezit square. Once they moved to Topkapi palace, the old one was called as "Old Palace" and Topkapi as the "New Palace". But local people called it as "Topkapi" which in Turkish means "Gate of Cannons" because of huge cannons displayed outside of its gates, those which were used during the Conquest.

The palace was a setting for state occasions and royal entertainments and is a major tourist attraction today, containing the most holy relics of the Muslim world such as the Prophet Muhammed's cloak and sword. Topkapı Palace is among those monuments belonging to the "Historic Areas of Istanbul", which became a UNESCO World Heritage Site in 1985, and is described in Criterion as "the best examples of ensembles of palaces of the Ottoman period.

The palace is a complex made up of four main courtyards and many smaller buildings. At the height of its existence as a royal residence, the palace was home to as many as 4,000 people, formerly covering a larger area with a long shoreline. The complex has been expanded over the centuries, with many renovations such as after the 1509 earthquake and 1665 fire. It held mosques, a hospital, bakeries, and a mint.

The palace complex has hundreds of rooms and chambers, but only the most important are accessible to the public today. The complex is guarded by officials of the ministry as well as armed guards of the Turkish military. The palace is full of examples of Ottoman architecture and also contains large collections of porcelain, robes, weapons, shields, armor, Ottoman miniatures, Islamic calligraphic manuscripts and murals, as well as a display of Ottoman treasure and jewelry.

Topkapı e was converted to a museum in 1924. Parts of the Palace such as the Harem, Baghdat Pavilion, Revan Pavilion, Sofa Pavilion, and the Audiance Chamber distinguish themselves with their architectural assets,while in other sections artifacts are displayed which reflect the palace life. The museum also has collections from various donations and a library.